The Space Jam Website is Still Online After 20 Years

The website was built to promote the upcoming release of Space Jam, the 1996 fantasy fiction film starring Wayne Knight, Michael Jordan and, of course, Bugs Bunny.

A tiny team of developers built the site with little to no supervision at a time when websites used for marketing films were in their infancy. It recently shot back into the limelight when it was rediscovered and brought to the attention of the modern community, amassing thousands of new visitors eager to view a site that had managed to escape (for reasons unknown!) being simply deleted.

Now it’s being hosted in Warner Brother’s archive, presumably (and rightfully) as a piece of history, and as an attestation of how website design and development has progressed since 1996.

Vividly coloured tiled backgrounds underneath bright coloured text were commonplace during early web design, with HTML handling all of the layout, including the images. Cascading Style Sheets would later become the norm used to describe the presentation of HTML documents, but until the widespread adoption of CSS a huge amount of websites online would have these same design traits.

A second site was designed to promote the release of the film on DVD: 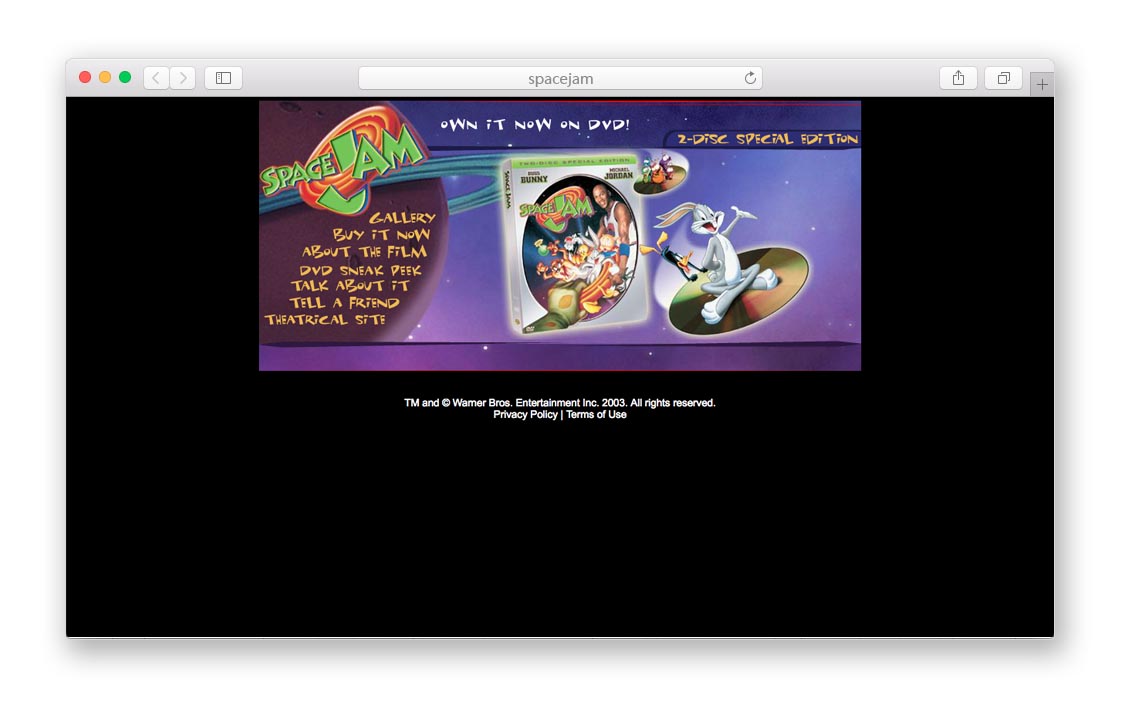 If you’d like to take a look at how a current website would look were it designed 20 years ago, Mike Lacher created a lovely little tool that you can find here: The Geocitiesizer

What do you think about this vintage website? Have you come across any sites that have been deliberately left without an update just for posterity? Get in touch, we’d love to hear from you.

or send a quick message here:

Got an idea you'd like to discuss, a project you need help with, or a business you want to get off the ground? Send an email to: